It’s Sugar Awareness Week. Obviously, I don’t use sugar, so I thought I’d look at different natural sugar substitutes and share how I use them in my home.

Stevia – a natural product from the stevia plant. It doesn’t affect my blood sugar. It’s highly concentrated so only a few drops are needed. It has an after taste that requires getting some used to. It’s my go-to coffee sweetener.

Maple Syrup – I LOVE maple syrup, it has a smooth mild flavour and is alkalizing in the body, so doesn’t affect my blood sugar. I use maple syrup to replace sugar in baking, especially brown sugar. I also use it for making master cleanse, in smoothies, and making super bites. (Recipe coming soon!)

Agave Nectar – I find agave nectar has the most mild taste of all my natural substitutes. It seems to be the closest to a white sugar replacement as I can find, however, I don’t find it quite does it for me in my coffee. But I can add it to cooking where I need a bit of a sweet hint, without it adding any sort of weird flavour or aftertaste. 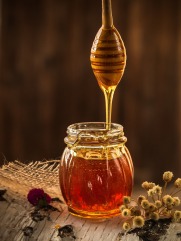 Honey – I use honey because it’s natural, but I also use it sparingly. I like it’s flavour in tea. Most tea I drink with no sweeteners or additives, but if I need a little something, honey it is.

Medjool dates – I’ve seen my husband eat dates straight up, and I’ve read where people cut them up and freeze dates in chunks and then suck on them and eat them like a toffee replacement. Dates are way too sweet for me to eat on their own, however, this is my main sweetener for smoothies. 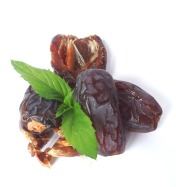 They are also likely the most used sweetener I’ve seen in baking such as black bean brownies and other desserts. Date paste (dates blended with water) is also used widely in both raw vegan and whole-food plant-based lifestyles, for sauces, dressings, etc. Medjool dates are a favourite for their maple syrup type flavour, but other dates can also be used – honey dates for instance, have more of a – you guessed it – honey flavour.

I don’t believe there is a one stop shop for a sweetener to cover all the bases. Each one provides it’s own individual flavour and brings it’s own personality to a recipe. I encourage you to experiment with different natural sweeteners. Let me know what your favourites are and how you use them.